Will Lionel Messi Stay in Barcelona? 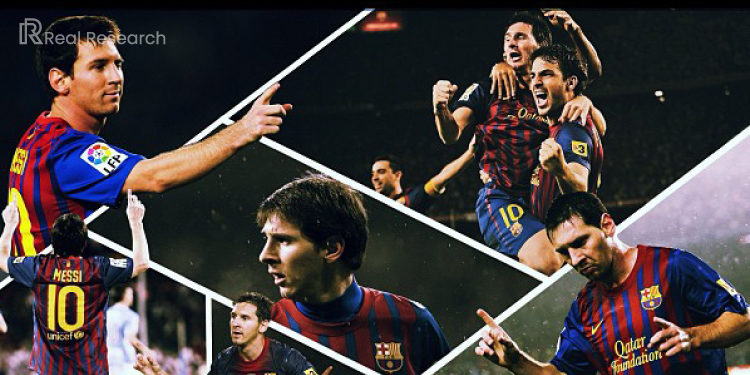 Each football generation has its heroes: Pele, Diego Maradona, Michel Platini, Zinedine Zidane, and now Lionel Messi, one of the best footballers in the world, playing for Barcelona FC under number 10. The Argentinian footballer has spent his entire career at Barcelona.

In recent months, publications about Lionel’s possible move from Catalonia have become more frequent. Speculations over Messi’s departure have escalated after the Spanish grand’s historic defeat by Bayern Munich.

Barcelona’s legend—who made his way through the ranks from the club’s famous La Masia academy—is apparently at the end of his club’s journey after the team’s defeat and has reportedly told bosses he wants to leave immediately.

Against the background of the existing problems in Barcelona FC due to COVID-19, Messi’s departure could cause considerable damage to the reputation of the Spanish grandee.

Why does Messi want to leave Barcelona, and which clubs are interested in him? Real Research has analyzed various renowned media channels to understand the world’s top player reasons.

Rumors About Messi’s Departure Appeared Long Before the Team Crisis

Back in 2016, when charges of tax evasion were brought against the Argentinean and his father, British newspapers wrote that Manchester United made several attempts to sign the forward. As a result, the Spanish Supreme Court sentenced both to 21 months in prison.

However, the term was conditional—according to the laws of Spain, economic crimes are not punishable by real imprisonment, if it is a term of up to two years.

In the same year, the Argentinean was associated with Manchester City, where ex-Barcelona’s coach Josep Guardiola came in 2016. The post of sports director was held by Txiki Begiristain, who also knew Messi well from the Catalan superclub.

Despite these rumors,  Guardiola denied: I did not call Messi. I hope Messi finishes his career here, but perhaps one day he wants to leave. If it happens, various clubs will want to sign him.”

Messi himself back in 2013 admitted that he would like to return to the Argentine Newell’s Old Boys, where he began his career. “I don’t know when it will be, but I will go back because it’s what I want,” he said.

A new wave of publications about Messi’s departure from Barcelona appeared in 2017. Then it was reported that the striker had a year before the end of the agreement with the club. In particular, the British newspaper The Sun and other publications wrote that Messi disagreed with Barcelona’s development strategy and intended to leave the club after the World Cup in Russia in 2018.

Despite rumors, in November 2017, Messi once again extended his contract with Barcelona ​​until June 2021. The amount of compensation for his new contract is €700 million.

In February 2020, ESPN and La Gazzetta Dello Sport wrote that the Argentinian decided to leave the team due to a conflict with sports director Eric Abidal when he spoke out to the former coach of the team Ernesto Valverde. In particular, Messi did not like the fact that Abidal publicly criticized Valverde and his players (without naming them). According to the striker, bringing the team’s internal affairs to the public is not the right decision.

Later, on July 2, the Cadena SER radio station reported that Messi intends to leave the club after his contract’s expiration. “Messi is fed up with permanent leaks that come out from the club itself, and that makes him responsible for decisions in which he has had nothing to do with,” reports Cadena SER.

Which Football Club Will Messi Join?

Messi’s possibility to stay in Barcelona again was real. The newly appointed head coach Ronald Koeman announced that he plans to fight to keep him at the club. The new coach’s interest could prompt Messi to renew his contract with the club.

Despite the new manager’s attempts to keep the team leader, Messi is still eager to leave.

If Messi leaves, then who can afford the highest-paid player on the planet? Spanish newspapers nominated the following candidates: Paris Saint-Germain, Manchester City, Juventus, and Inter.

There is a notorious fact in football: the players’ careers are very short. When a footballer is over 30, everyone understands that his term in the club begins to come to an end. Top clubs do not want to renew the contract with the aged footballer. The interest from outside is also rare.

Lionel Messi is 33 years old. Logically, the question arises: what is the reason for the excitement around his name, and why the best clubs in the world are ready to pay huge amounts to lure the aged player?

Everything is straightforward; despite the age, the right-winger has a remarkable career and unbelievable statistics behind him.

According to the statistics provided by Sky Sports, Messi is the Spanish grand’s all-time top scorer. Moreover, he has scored 368 goals—more than any other footballer of the club.

Notably, the Champions League is the second tournament in which Messi has scored the most goals. This is a phenomenal achievement as this league is one of the most prestigious competitions.

Paying tribute to the greatness of Lionel Messi, we must also mention all the trophies and personal awards of the Barcelona legend.

Lionel Messi holds the all-time record alongside Cristiano Ronaldo in the Ballon D’or nomination, where he won the title six times. In 2019, he received his sixth Golden Shoe, which made him an absolute record-maker. No one won more than the Argentinian!

In addition, Messi has two awards of UEFA’s best player in Europe, which he received when Barcelona won the treble.

With the significant achievement of goals scored, Leonel was named a top scorer nineteen times, twelve of which were in La Liga and in Champions League.

As we can observe on the above graph, Real Madrid is the absolute record holder for the number of Champions League titles. AC Milan takes the second place, and the club from the Premier League Liverpool closes the top three.

There are also individual nominees, including FIFA World Cup Golden Ball in 2014 and FIFA World Player in 2009.

Together with the Argentina national team, Messi won the Under-20 World Cup in 2005 and Olympic Games Gold Medal in 2008.

Considering all the listed achievements and trophies, it becomes clear that the limit of Messi is far beyond the ‘mountains.’ He is extraordinary and unforgettable in the hardest matches. Maradona had the same magic, but Diego was not such a professional as Messi.

Messi more often managed to prove that he was not of this world convincingly. And this is a common sign of genius. You can not measure genius, but you can feel it. Here, the internal radar goes off the scale.

Perhaps this is why Pep Guardiola, Antonio Conte, Maurizio Sarri, and many other top managers still hope to work with the Argentinian player.