The Mobile Games Market in 2020 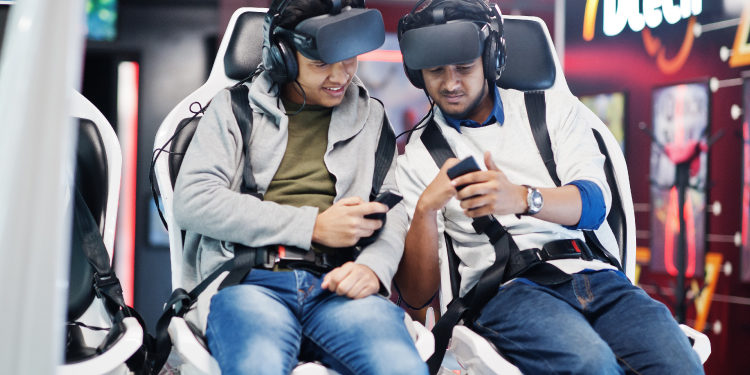 The lockdown measures taken by government organizations throughout the world have boosted—and arguably even broken records—positive trajectories in the gaming industry. A decade ago, the youth were relatively ditching traditional media like print, radio, and television, for social media and the internet’s web-based news, blogs, and the likes. Today, more people are transitioning from just the internet and social media into more immersive experiences offered by games.

Gaming has always been a very engaging experience, and this year, even the World Health Organization (WHO) seems to support gaming as a recommended activity during the pandemic. Raymond Chambers, who serves as the Ambassador for Global Strategy for WHO, expressed his support to gaming by tweeting the gaming industry’s campaign to boost #PlayApartTogether, an attempt to promote gaming and staying inside to help flatten the curve and stop the spread of COVID-19.

Gaming is an activity that is very engaging and appeals to all ages. It has a way of connecting people through having common goals, sharing similar passions, and creating identical in-game experiences. It spurs enthusiasm and empathy as you talk with people who play the same games, and these are some of the reasons why large corporations like Tencent recognize the opportunity to invest in the gaming industry, especially mobile gaming.

According to the 2020 Global Games Market Report done by Newzoo, a leader in gaming market research, mobile gaming is on the rise. Mobile gaming has seen a significant upward trend, pushing the reach of the gaming industry worldwide. Just this year, an estimate of more than 92 million new players from emerging markets will be joining the gaming ecosystem, and a majority of this population will be gaming through mobile.

One of the key contributing factors determined to play a role in this growth is the emergence of what is termed hypercasual mobile games. These games are the ones that are very easy to access, integrate easy-to-learn gameplay, and apply free-to-play structures—with ad-based monetization and in-game purchase structures in place for revenue.

With almost everyone having mobiles and can download games for free, the barrier for entry to gaming is now almost nonexistent. Thus, game companies have now been capitalizing on this opportunity and have succeeded in the mobile gaming venture through hypercasual games.

One of the best examples for this is Call of Duty: Mobile. It is a free-to-play shooting game developed by TiMi Studios, a subsidiary of Tencent Games, and it is published by Activision and Garena for Android and iOS. The game was released on October 1, 2019, and it experienced one of the largest mobile game launches to date, generating over US$327 million in revenue with 250 million downloads as of June 2020, topping its competitors PUBG and Fortnite.

With both smartphone users which have $63 billion and tablet users with $13 billion, mobile gaming remains the most dominant gaming segment this year. The total revenue is more than $77 billion and has a growth rate of 13.3% each year.

On other platforms such as personal computers, browser game revenues take hits. It’s predicted to continue its downward trajectory as gamers transfer to mobile gaming. According to Newzoo, browser revenues will continue to decline at a rate of 13.4%.

There are many factors that influenced the skyrocketing of mobile gaming. As discussed in the previous section, hypercasual games make mobile gaming the most welcoming—it has the lowest barrier to entry compared to both PC and console. The pandemic also has a contribution as the shutdown of PC cafes in several markets pushed gamers to go on mobile for their gaming needs. Lastly, it is relatively easier to develop and publish mobile games as mobile game templates are now available. Anyone can publish and develop their own mobile games.

The fastest-growing mobile gaming ecosystems are in emerging markets in the Asia-Pacific region. This can be attributed to the growing number of players. Still, the Americas and Europe also have the potential to surge as time goes.

On the other hand, when it comes to a combined market (including pc and console devices), the Asia-Pacific region still stands on top, while North America and Europe place second and third, as shown in the graph below.

In the rankings of the global games market, Tencent took the number 1 spot once more. In 2019, the company Tencent increased its focus on targeting overseas markets while still monetizing local users in China using PUBG Mobile (which is called Game for Peace in China). This strategy showed remarkable results as the company’s year-on-year growth rate increased by 10% in 2019. Within the ranks, other Chinese companies, such as NetEase and Perfect World, enjoyed similar good results. Here’s the Top 10 list below.

China has shown significant growth in the mobile gaming industry, and it seems that this can be linked with the growth in global smartphone sales of Chinese brands. Despite the market plummeting in smartphone sales, analysts and mobile distributors are optimistic in its future trajectory.

The pandemic didn’t just affect the mobile gaming industry. It also affected other traditional sports industries. In one article, we also explored how the COVID-19 virus affected the global football market.