Survey: The Overall Perception of the World Situation After Brexit

Participate The Overall Perception of Brexit survey and get a reward of 6 TNC. 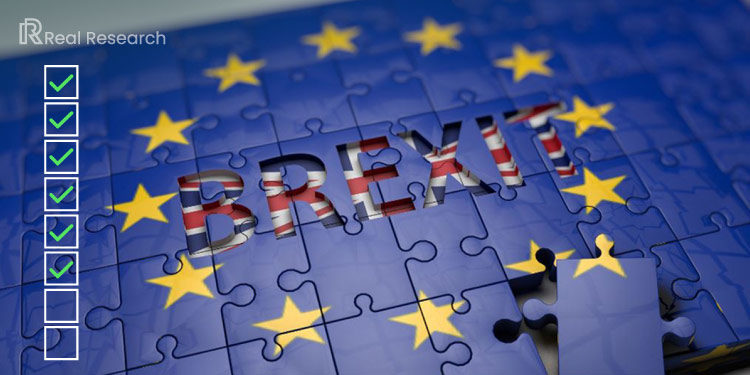 The Overall Perception of the World Situation After Brexit

In retrospect, the United Kingdom voted to leave the European Union in 2016. After a tedious process, on January 31, 2020, the UK’s membership in the EU ended —  47 years after it joined.

Following the Brexit, the UK entered a transition period until December 30, 2020. During this time, there was no major impact yet on trade, travel, and freedom of movement. Before 2021, ambassadors from the 27 EU member states have unanimously approved the EU-UK post-Brexit trade deal, paving the way for it to take effect immediately this year.

With this in mind, Real Research conducts a public poll to know the public’s perception of the world situation after Brexit. Do you think Brexit will have a negative impact globally? Which area do you think will be affected the most after Brexit? What should the UK government focus on after Brexit?

Share your opinion by answering this survey! Answer on the Real Research Survey App from January 30. In return, 6 TNC Coins will be given as rewards for your survey participation.

Note: This survey is closed. You can view the results here – Majority Still Unaware of Brexit and its Global Impact.
Tags: BrexitEuropean Union