Survey on Sri Lanka’s Worst Economic Crisis in Its History 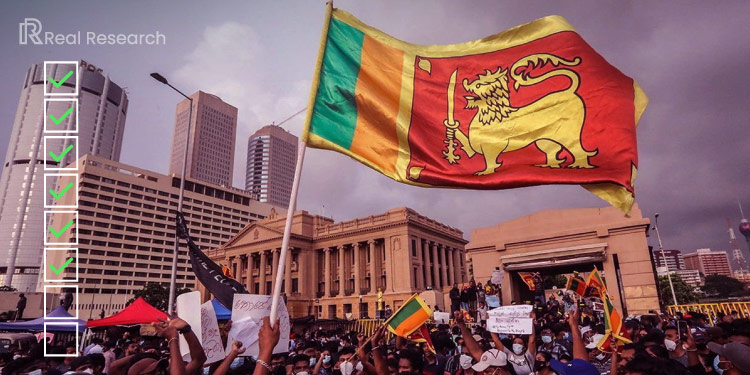 Survey on Sri Lanka’s Worst Economic Crisis in Its History

Countries experiencing economic hardships is unexceptional considering how turbulent economies can be generally. Usually, ups and downs in an economy are influenced by various factors such as political, social, and global influences in the country. Likewise, recently, Sri Lanka– the pearl of the Indian Ocean– has been experiencing some of the country’s toughest economic, political, and economic times in decades.

To highlight, most of the country’s downfall began when they borrowed funds from China for infrastructural construction that they were unable to repay. The added interest rates worsened, and deep tax cuts further added to the situation. When the Covid-19 pandemic struck the world, many countries including Sri Lanka were affected. Added to the disaster were internal issues of the country rooting from racism, attacks, etc. which escalated the situation of the country further.

However, it was only when the Russia-Ukraine war began that the country truly saw the beginning of its downfall. The already deteriorating country further plummeted when fuel prices sky-rocketed, in addition to the rising inflation rates at this point.

When asked, however, many have multiple opinions on what led to the downfall of Sri Lanka. Some even suggest it is the onset of multiple causes. Thus, Real Research launched a survey on Sri Lanka’s worst economic crisis in its history. The survey aims to find public opinions on the prevailing issues in the country and their effects on the economy.

Hence, hurry and share your opinion on the survey on Sri Lanka’s worst economic crisis in its history on the Real Research App from July 13, 2022. After that, you will receive 12 TNC as a reward.

Note: This survey is closed. You can view the results here – Only 15% Think Sri Lanka Can ‘Likely’ Solve Its Economic Crisis.