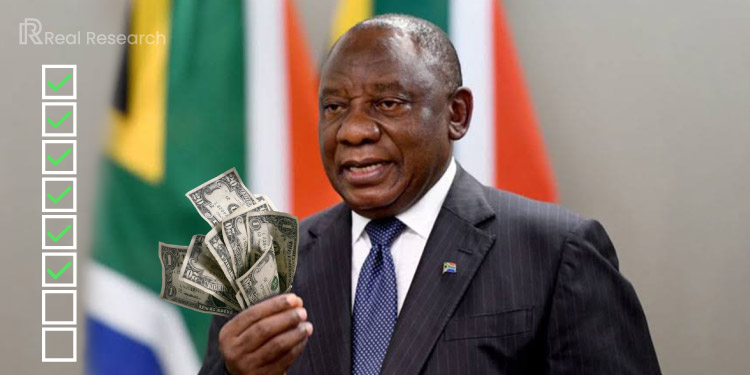 Recently, South African President Cyril Ramaphosa has been highlighted in the news for all the wrong reasons. The president faces damning reports that accuse him of stealing, known as the ‘Farmgate scandal,’ over a large sum of cash found on his property.

The scandal claims the president stole half a million dollars – possibly more – and tried to hide the theft by stashing the cash down the back of a sofa in his farmhouse. This poses questions about where the cash came from.

President Ramaphosa claims that he got$580,000 for selling buffaloes and denies any claims that $4m (£3.3m) was taken.

An independent panel investigated, concluding that the president may have broken the law and abused his position. But more is yet to be determined.

The future of the South African President is on the line as the African National Congress party gets divided in two. Supporters are asking the president not to quit over the others who demand he does.

Mr. Ramaphosa’s spokesman suggested he would continue to lead the African National Congress rather than quit.

According to Vincent Magwenya, President Ramaphosa is not stepping down or resigning based on a flawed report.

“It may be in the long-term interest and sustainability of our constitutional democracy, well beyond the Ramaphosa presidency, that such a clearly flawed report is challenged,” he concluded.

The seventy-year-old Cyril Ramaphosa became president of South Africa in 2018.

Hurry and answer the survey on South African President Cyril Ramaphosa’s corruption scandal on the Real Research app from December 08, 2022. Afterward, you will receive 50 TNCs as a reward.

Note: This survey is closed. You can view the results here – 46% Believe Ramaphosa’s Counterstatement on the Corruption Scandal Completely True.