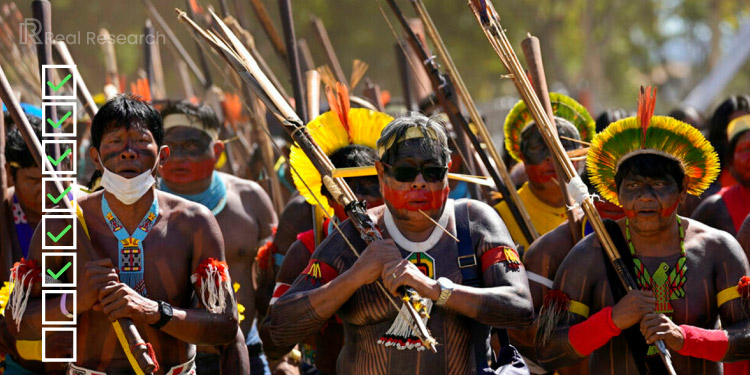 Before what we now call ‘modern civilization’ humankind lived within much smaller and simpler communities. Back then, these communities lived as hunter-gatherers. Historically, these groups were more in tune with nature and the spirit of the universe. Eventually, these ethnic communities soon changed as settlers came in and ‘modernized’ the local population.

Those communities who retreated into nature instead of turning to modern civilization are now known as indigenous people. Presently, many countries across every continent are home to multiple indigenous peoples and tribes. More so, some have yet to make any sort of peaceful contact with the ‘modern world’. On the other hand, some indigenous groups communicate with cities in order to co-exist peacefully.

To highlight, a constant struggle amongst most indigenous peoples is their fight for equal rights. As settlers began to establish cities they needed more land. As a result, lands were taken away from these tribes, sometimes sacred lands. Thus, indigenous people were either displaced, relocated, or fought off. In present times, governments usually take active measures to ensure the preservation of indigenous land and culture.

However, many parts of the world are still failing to provide this basic courtesy. The latest of one such incident took place in Brazil. Various native indigenous peoples took to the streets to protest illegal mining in indigenous lands in Brazil. Above all, their aim is to strengthen the protection of indigenous reserves and protect their lands.

Accordingly, Real Research launched a survey on indigenous people protest in Brazil. So, hurry and answer the survey now on the Real Research app from April 11, 2022. After that, you will receive 15 TNC as a reward.