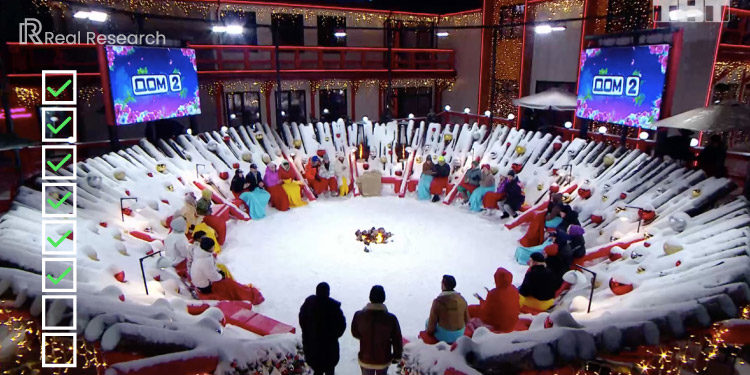 The longest-running and most scandalous show on Russian television ceases to exist. Over the 16 years of its existence, ‘Dom 2’ became one of the most popular reality TV shows in Russia and Eastern Europe. It is in the Guinness Book of Records as the longest-running reality show in the world and has millions of loyal watchers.

The TV project has been on the air since 2004. The main objective was to construct a house whilst trying to find a partner in the process. However, in some cases, the show involved overly explicit sex scenes, shouting matches, and fights, including between men and women.

Recently, the Russian TV channel TNT officially confirmed the information about the closure of the TV project. The closure came with mixed feelings from viewers, others celebrated the move while others felt sad.

Along with this, Real Research online survey application created this survey to ask the public if they have heard about the reality show ‘Dom 2’? Among the most successful people on the reality show, who is your favorite? What was the reason you watched this reality show? In your opinion what is the reason the creators decided to close ‘Dom 2’?

Respondents can answer this Real Research Survey App from March 18. All participants who complete the survey will receive 10 TNC Coins as rewards.

Note: This survey is closed. You can view the results here – Public Perception on the Closure of Reality TV Show ‘Dom 2’
Tags: Russia