TNC IT Group is a blockchain company that aims to unite the cryptocurrency world through its global Crypto M&A program.

Crypto M&A has experienced a surge in recent years. Since 2017, cryptocurrencies have gained much attention as Bitcoin price skyrockets to 20,000$ (US). Crypto M&A the following year surged as many companies took an interest in blockchain technology and ICO-funded companies unite.

In a traditional business sense, mergers and acquisitions (M&A) are usually made for various reasons, funding, talent resourcing, or as an expansion of the business scope. Crypto M&A is another term that goes beyond the traditional M&A deals.

In wanting to gauge the general public’s awareness of Crypto M&A, TNC IT Group collaborated with the Real Research platform and held a survey in November 2020.

Out of the 90% of crypto users, about 97% have heard about Crypto M&A terms at varying degrees. Respondents described their exposure to the term as often, sometimes, rarely, to never heard.

Crypto M&A as a term may have gone under people’s radar. However, this doesn’t mean that they are fully knowledgeable of different deal types of Crypto M&A that occurs within the blockchain space. 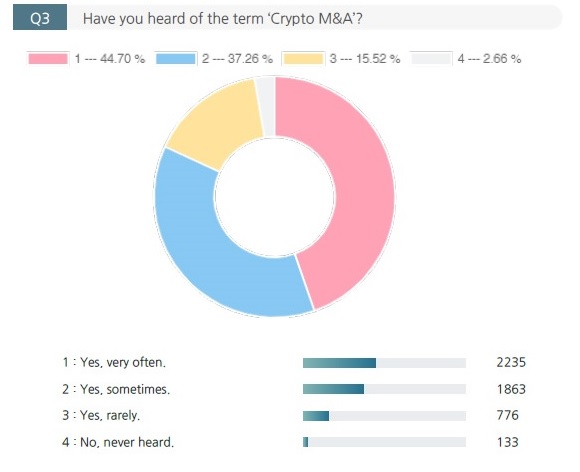 In terms of M&A generally in the crypto space, the respondents were asked about what they think is the underlying reason why blockchain companies merge. Most of the respondents believe acqui-hiring is the main reason (53%), token swap merges communities (36%) lists as the second. At the bottom of the pile are financial issues — lack of funds or bankruptcy — that lead to the company shut down. 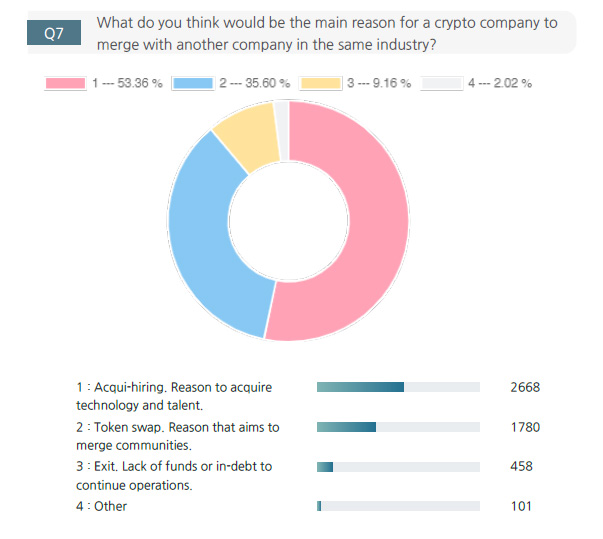 The abovementioned findings were also supported by a related poll below. In a question asking about the possible main reason why crypto companies fail, lack of funding (36%) comes first. It is followed by mismanagement of lack of management skills (27%). 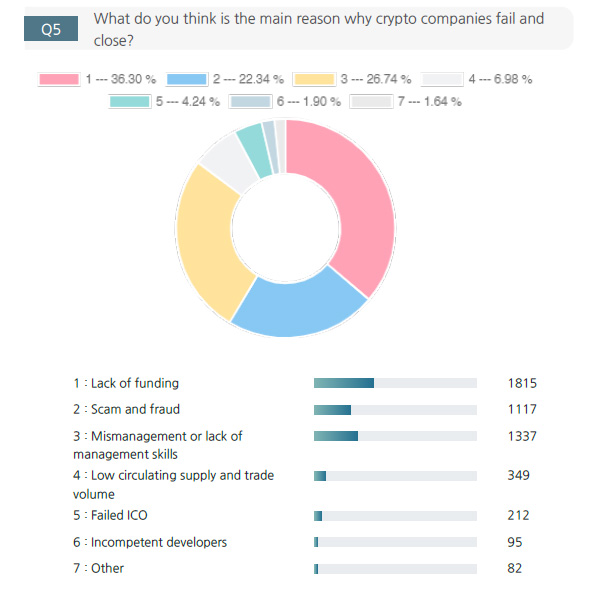 Many crypto companies are short-lived, with each venture having its own failure story to share. Often, funding and mismanagement are primary issues of small crypto startups that didn’t make it far in the roadmap. This is while excluding ICO scams companies that were built to con people’s money.

Due to all the rising factors and challenges for blockchain projects, TNC IT Group saw crypto companies’ opportunity to unite and exit at a good value. All through a uniquely devised Crypto M&A program that involves a cryptocurrency token swap.

Knowing that token swaps already exist in the crypto space, TNC IT Group unleashed a poll. The poll focuses on asking about determining factors for the merged community to trust the acquiring company. For more than half of the respondents believe that the company’s reputation and image (60%) is crucial for them. 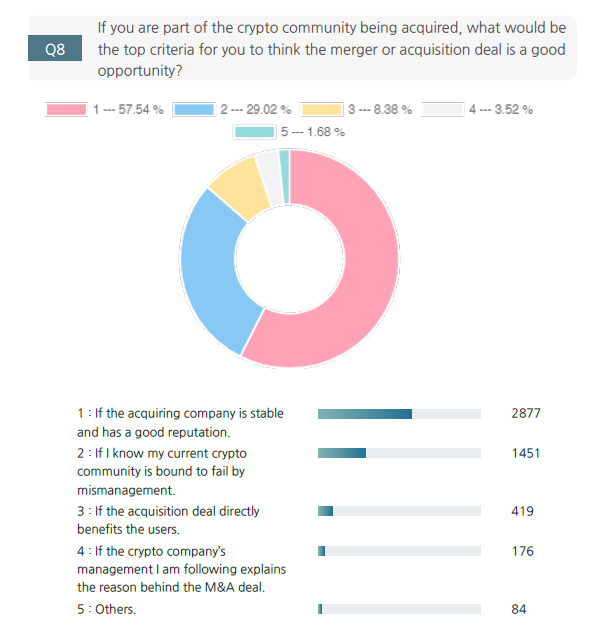 Based on this poll, more than a quarter of the respondents (30%) is willing to merge. However, this is only if the current cryptocurrency they hold may drop in price and close operations. Furthermore, transparency about the real reason behind the merge (8%) also somehow draws trust from the community. 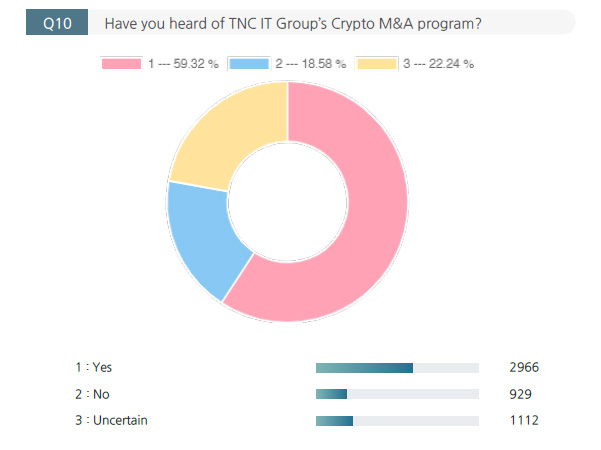 Most importantly, TNC IT Group ended the survey with a simple and straightforward poll asking: Have you heard of TNC IT Group’s Crypto M&A program? The majority of the respondents answer ‘yes’ (59%). About 19% said ‘no,’ and 23% were uncertain. This poll proves the successful effect of TNC IT Group’s extensive marketing efforts all over the world.

Insights derived from Real Research’s “Crypto M&A Awareness Survey” fielded to adults of all genders in South Korea, India, Russia, and the USA in November 2020. 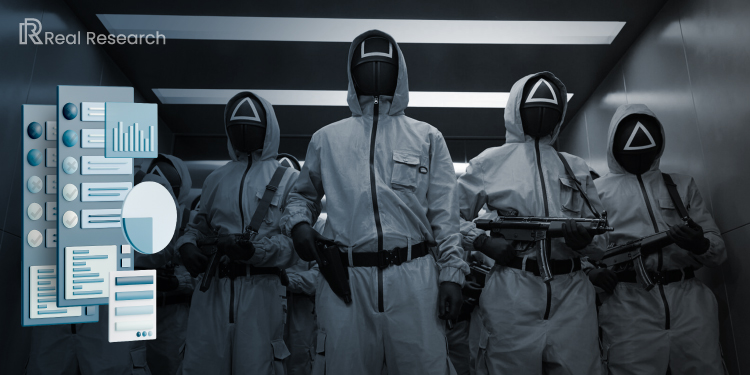 59.67% Are Aware of the Squid Crypto Scam Inspired From Netflix’s ‘Squid Game’ 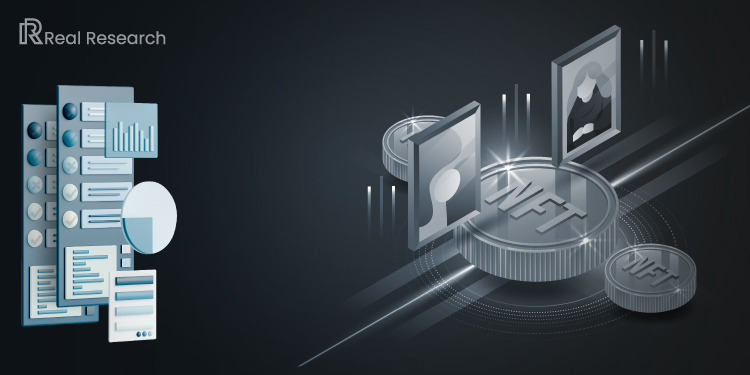 45.17% Believe Non-Fungible Tokens To Be Secure and Good Investments 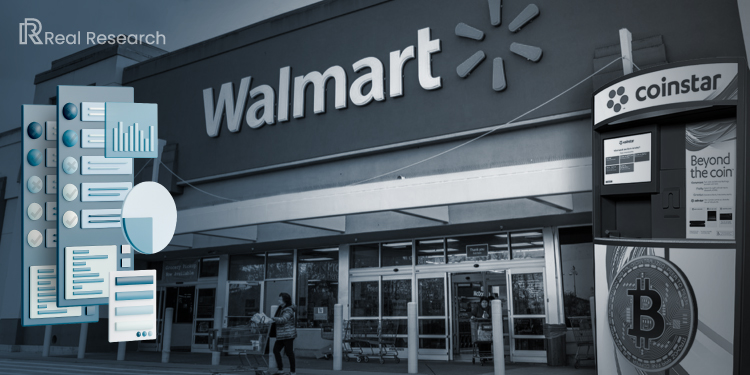