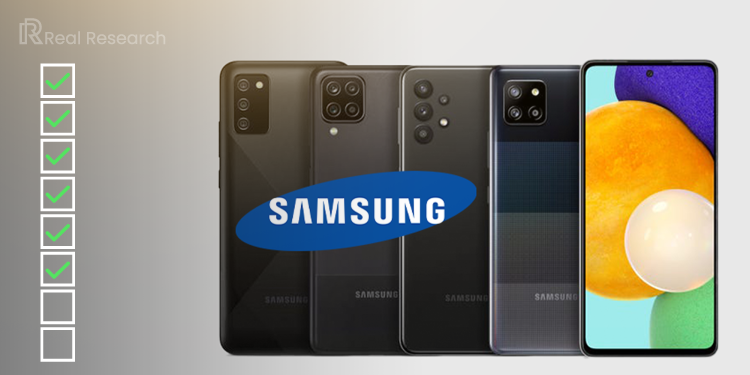 Samsung’s origins began in the 1930s when founder Lee Byung-chul started the company. Initially, Byung-chul involved Samsung in multiple industries including food, textiles, insurance, and retail. Thereafter, in 1988, the first of many Samsung phones hit the market. In the 1990s and early 2000s, Samsung made steady headway in the mobile phone industry.

By 2007, it was the world’s second-largest mobile phone manufacturer. Likewise, Samsung is one of the leading Android smartphone manufacturers around the world. More so, the company offers a wide range of smartphone designs such as A-series, S-series, Note, and Samsung tablets to name a few.

Samsung continues to battle other mobile brands for the crown of best smartphones. Accordingly, Real Research created a Samsung mobile customer satisfaction survey to get the public opinion on Samsung mobile products. For instance, what should Samsung improve on its mobiles to acquire more clients? Also, why do you prefer using a Samsung phone over other mobile brands?

Above all, hurry and share your opinion with us by answering now on the Real Research survey app from June 9, 2021. After that, 10 TNC Coins will be given as rewards for your survey participation.

Note: This survey is closed. You can view the results here – Customer Thoughts Regarding Samsung Products.
Tags: Customer SatisfactionSamsung