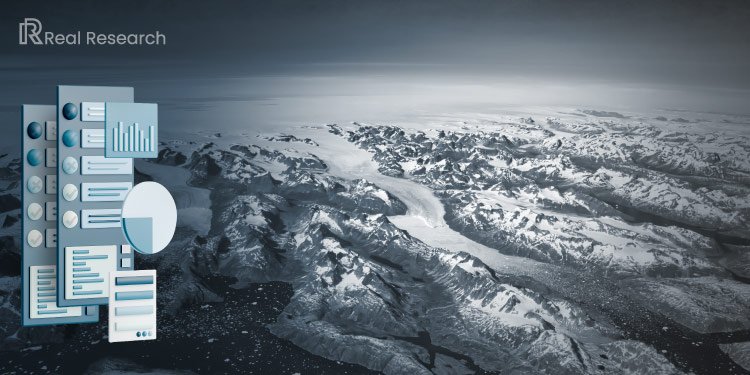 As Planet Earth continues to battle some of its most pressing concerns, such as climate change as a result of global warming, scientists have been looking for ways to curb the damages. In detail, with ice glaciers melting in Greenland, some have speculated that beneath Greenland’s Disko Island and Nuussuaq Peninsula lies precious minerals, capable of powering up to ‘a million electric vehicles.’ Upon hearing about the possibility of such minerals, billionaires such as Jeff Bezos, Bill Gates, and others have offered to fund the expedition.

To find out public opinions, Real Research launched a survey on billionaires funding for Greenland’s minerals. In detail, the survey aims to know what may come of this and how the science of green energy transition can resolve environmental issues. Thus, read more below on the survey findings.

The survey on the minerals in Greenland starts by asking if respondents are aware of ice rapidly melting due to global warming. 64.66% say yes, whereas 16.57% say no.

Next, the survey on billionaires funding for Greenland’s minerals also asks if respondents have ever heard that Greenland reserves all sorts of precious minerals such as Nickel, Cobalt, and Gold. To this, 60.34% say yes, whereas 19.46% say no.

Next, the survey asks what respondents’ thoughts are about the billionaires funding the mineral exploration that could be used to make ‘a million electric vehicles.’ 15.07% feel the ‘brilliant’ idea to transition to green energy is essential, whereas 13.72% say securing resources will become even more competitive to set up each one’s supply.

Meanwhile, up to 13.49% also feel it is an act to satisfy their (the billionaires’) own greed. In addition, 12.97% feel the world’s billionaires always play the leading roles. Some (12.61%) say other countries will jump into the Greenland exploration starting from these billionaires. Lastly, 12.31% feel it is cruel for Greenlanders as the mining will generate radioactive uranium on their land.

As China holds 90% of the world’s rare earth minerals, there is speculation that the Greenland exploration can weaken China’s influence. The billionaires funding for Greenland’s minerals survey then asks will China’s influence weaken if rare earth minerals are produced in Greenland. 44.55% say highly likely, whereas 18.36% say somewhat likely, leaving 25.02% neutral. 11.25% say it is somehow unlikely to happen, however.

Next, when asked if respondents agree that utilizing these minerals for green energy transition can partially solve environmental concerns, 37.42% highly agree. Whereas 16.9% somewhat agree, leaving at least 25.44% neutral. However, 10.28% somewhat disagree, and another 9.97% highly disagree.

Lastly, the survey asks if it is right to develop Greenland’s resources for the future. 68.52% say ‘yes, we are in the right phase to use this opportunity to explore the potential value of Greenland.’ However, 31.42% say ‘no, we should put more effort in protecting the environment rather than developing the resources.’