Public Perception on the Closure of Reality TV Show ‘Dom 2’ 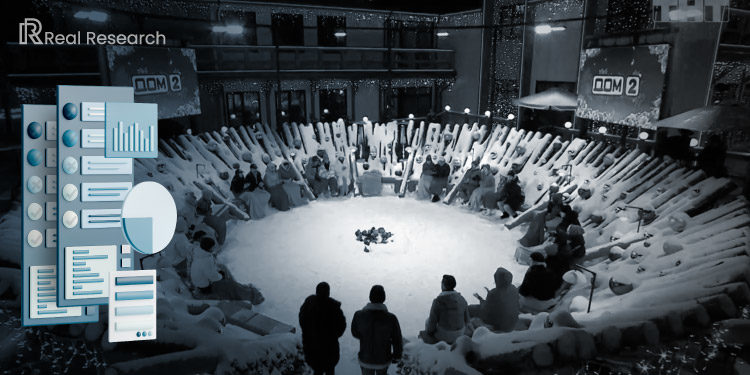 Public Perception on the Closure of Reality TV Show ‘Dom 2’

The longest-running and most scandalous show on Russian television ceases to exist. Over the 16 years of its run on TV, ‘Dom 2’ became one of the most popular reality TV shows. It holds the title of the longest-running reality show globally on The Guinness Book of Records and has millions of loyal viewers.

The TV project has been on the air since 2004. The main objective was to construct a house whilst trying to find a partner in the process. However, in some cases, the show involved overly explicit sex scenes, constant yelling, and fights between both men and women.

On December 18, 2020, TNT announced the closure of the reality show ‘Dom-2.’ The closure came with mixed feelings from viewers. While some celebrated the decision, others felt sad.

Dom 2 was a Russian reality TV show about relationships produced by the TNT channel. The show has been on the air since 2004. It used to get over 3.5 million viewers daily. In the show, the participants’ primary objective is to build a house whilst finding a partner in the process. Couples then compete for the place itself.

However, TNT officially announced the closure of the reality show on December 18, 2020. The channel said this decision was made to pursue focusing on other projects, primarily entertaining programs and series.

Along with this, 92% of respondents said they have heard about the Dom 2 closure. Meanwhile, 8% said they haven’t heard that Dom 2 is closed.

Furthermore, 34% responded that the creators decided to stop the reality show because of other celebrities’ and politicians’ negative comments. Aside from these, 28% said the show began to lose its popularity among viewers. Also, 27% replied that Dom 2 has been running for too long.

Additionally, 2% of the respondents noted that they believe there are other reasons than the one stated in the survey. However, almost 4% don’t know what the reasons are. This shows many people don’t know the exact reasons why Dom 2 was closed.

Kseniya Borodina is the Majority’s Favorite Person on Dom 2

On May 11, 2004, Dom 2 published its first episode on the Russian TV channel TNT. It was hosted by celebrities like Ksenia Sobchak, Ksenia Borodina, Olga Orlova, and many others.

In line with this, when asked respondents about their favorite contestant on the reality show, 25% chose Kseniya Borodina, followed by 16% who said Olga Buzova. Aside from these two, 15% choose Kseniya Sobchak. There are also other successful people on the reality show selected as viewers’ favorite, including Vlad Kadoni, Olga Orlova, Andrey Cherkasov, and many more.

As a result, respondents have chosen the most successful people who have been in the show from the beginning.

The reality TV show features participants dating while creating a new house. Despite being accused of “making a negative impact on the younger generation” as early as 2005, Dom 2 remains one of Russia’s most highly-rated TV shows to this day.

As a matter of fact, 42% said they were interested in watching people build relationships. Aside from these, 24% of people watched the show because they like that contestants were monitored with cameras 24/7, followed by 24% of respondents who said they were curious to know about who will win the main prize.

In addition to the above, 1% were watching the show because they like the show’s hosts. However, 3% said there might be other reasons. Meanwhile, 6% don’t know why they watched the reality show.

Moreover, a big number (40%) of the participants are willing to watch the new season of Dom 2 when it begins. On the other hand, some people (32%) said they are unwilling to watch it. However, a small number (27%) don’t know whether they will watch or not.

Despite viewers not knowing the exact reasons behind the closure of the reality TV show. Some are willing to watch it and enjoy the show again.