Netflix, Youtube TV: “Worth the Money” For Streaming Online 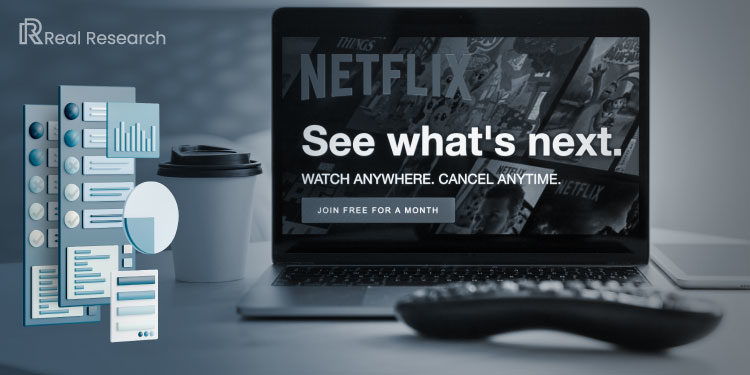 Amid the COVID-19 pandemic, people nowadays are mostly spending their time in the comforts of their homes. One of the most evident activities that the general public has been doing is watching videos online or streaming their favorites movies, series, and other forms of content on the web.

In this Real Research survey, we derived valuable insights from the data gathered from 3,000 participants located around the globe. With a diverse set of demographics, the most preferred video streaming sites were revealed, alongside the majority’s choice of the device when streaming online.

As per the Real Research survey data, the majority of this survey’s participants are within the 29-39 age group (1,215). Thus, we can infer that millennials were mostly interested to share their online video streaming preferences. Along with this, the 19-29 age group comes second with 778 participants. These include the young generation aka Generation Z. 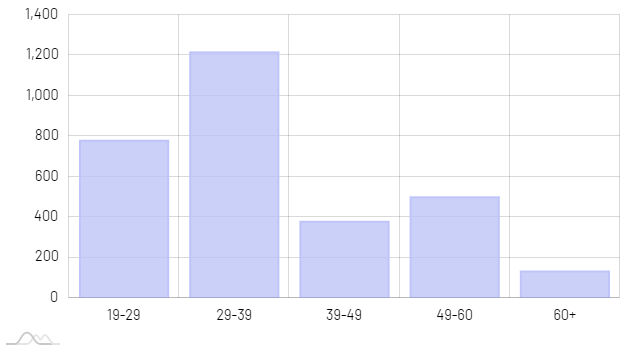 Generation X and Baby Boomers aged 38 and above also participated. When asked about how likely they are to use a video streaming website, almost 30% answered likely. Then around 25% said moderately likely. Lastly, over 20% said extremely likely.

Taking this into consideration, the participants admit to consuming online video content regularly. With various options in the industry, leading online streaming media platforms for 2020 remain to be Netflix, Youtube TV, and Amazon Instant Video.

Unsurprisingly, Netflix ranks on top as the favorite OTT streaming media platform in the survey, with 38.2% of the participants using it. Netflix is a popular streaming service that offers a wide variety of award-winning TV shows, movies, anime, and documentaries to millions of its subscribers.

By definition, OTT services are directly offered to viewers online — bypassing traditional cable and satellite television platforms. In fact, Netflix is typically accessed on desktops, laptops, tablets, smartphones, and smart TVs. Thus, users can have unlimited access to thousands of video content on a regular basis. 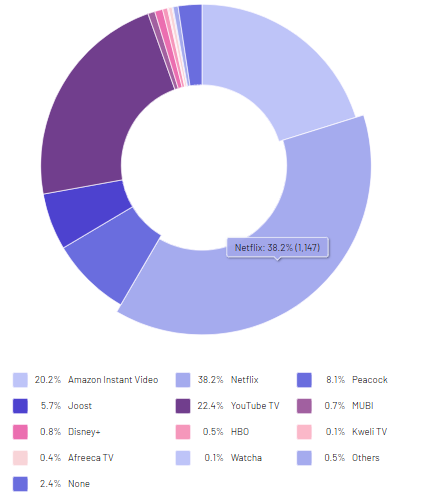 Following it closely is Youtube TV (22.4%), a paid subscription service that provides access to over 80 top channels for entertainment, news, and live sports, among others. More so, Amazon Instant Video (20.2%) is also one of the top favorites of the participants. Commonly known as Prime Video as well, this OTT platform primarily distributes films and television series produced by Amazon Studios.

Netflix, Youtube TV Are “Worthy” To Be Subscribed and Recommended 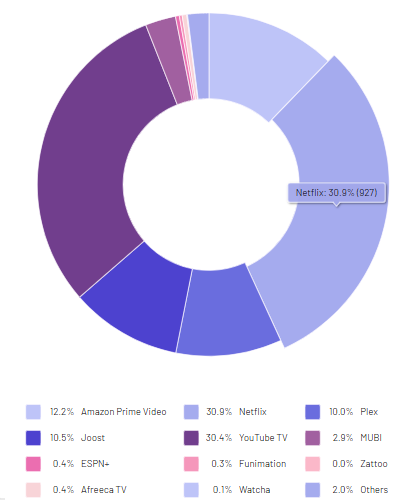 On the other hand, Youtube TV costs $64.99 monthly with a $0 installation fee. These include unlimited cloud DVR storage space and rewind, fast forward, and pause capability as well as 3 streams and 6 accounts per household.

As Netflix and Youtube TV are the mostly-used platforms among the participants, nearly 50% of them will recommend these two to their friends for the best online video streaming experience. While over 25% of the participants will also recommend online videos that can be watched on Amazon Prime Video and Apple TV.

Within a mobile-centric world, the participants revealed that more than 30% of them prefer to use their mobiles to stream videos online. Mainly due to the convenience, portability, and user-friendliness of cell phones, people tend to use them when watching videos either outdoors or indoors.

Aside from that, the participants also use their laptops (20.6%), desktops (14.5%), tablets (18%), and smart TVs (8.9%) for streaming online content. Conversely, 6.6% of the participants stated that they do not visit video streaming websites at all on any devices. 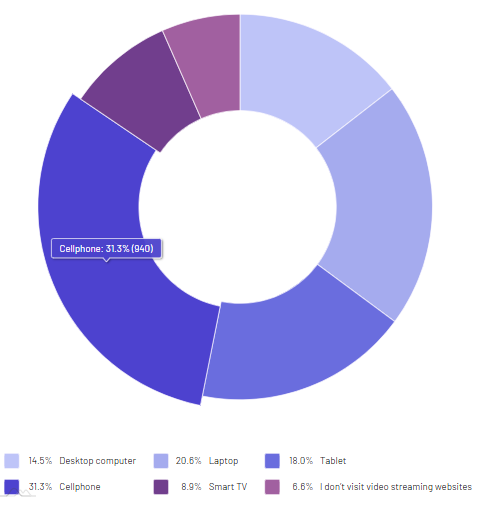 Furthermore, the Real Research survey results also show average time spent on the screen watching videos is between 2-3 hours. This is ample time for around two hour-long episodes of Korean drama. It could also easily cover nine twenty-minute episodes of sitcoms like Friends, anime like Full Metal Alchemist.

Watch More, Spend Less: Around 50% Will Pay Under $50 for Monthly Subscriptions

Around 50% are only willing to spend less than $50 dollars for their monthly online video streaming subscriptions. Most viewers opt for an affordable option which Netflix offers. Hence, most of the participants are subscribed to Netflix among other platforms. In addition, monthly Prime members also pay $12.99 per month.

Moreover, the majority of the participants are most likely to be sharing accounts with their friends and colleagues. They seem to prefer this over paying for their own account for watching. This can be a cheaper and alternative method to access high-quality videos online. 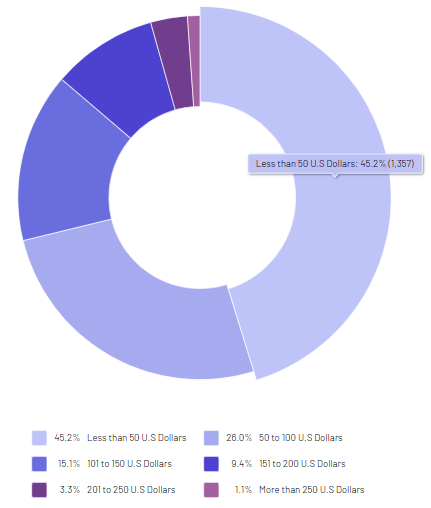 Through the years, online video consumption globally continues to arise. As people become more digital-savvy, consuming content online becomes the norm. As a matter of fact, Youtube is still the major source of video content online for free.

But as the demand for watching films and shows online continues to rise, OTT subscription platforms will move forward to increase their business revenue. Binge-watching is also a common addiction that will drive these platforms’ popularity, both locally and globally.

Saying goodbye to traditional DVDs and disks, online video consumption won’t end as more technological advancements will emerge in the future. The competition will be tighter as quality, cost, and choices for online streaming should be met later on.