Insights from 465,000 participants across the globe. 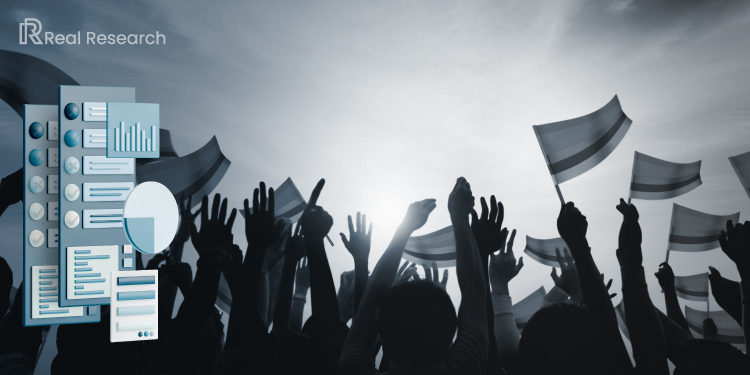 US President Joe Biden’s first action after being elected was to issue an executive order barring workplace discrimination based on sexual orientation or gender identity. Biden’s promise to undo the Trump administration’s harmful policies includes rules that allow health care providers to shut the door in the face of lesbian, gay, bisexual, transgender, and queer (LGBTQ) patients.

Whereas, a presidential memorandum aimed at expanding the protection of the rights of LGBTQ worldwide has been issued. The LGBTQ community has already faced a lot of discrimination since then and it has been advocated that all human beings should be treated with respect. However, everyone should be able to live without fear no matter what their preferences are.

Therefore, Real Research conducted a public poll on LGBTQ discrimination to know the opinion of the public. Furthermore, we will also find out their views on what is the most effective way to eliminate the discrimination against LGBTQ.

Awareness of People on LGBTQ

From an average of 465,000 respondents, 63.89% said that they are aware of the ‘LGBTQ’ term. Meanwhile, only 36.11% of the respondents are not aware that LGBTQ refers to people who identify their sexual orientation as lesbian, gay, bisexual, transgender, and queer.

Since then, many organizations are already raising awareness about LGBTQ intending to give fair treatment at work and school. People were being fired from their jobs for their sexual orientation and kids are being bullied at school for this. With that said, promoting LGBTQ awareness still exists today, leading schools to adopt policies that protect LGBTQ students such as anti-bullying.

From the total responses, 60.64% of the respondents are not part of the LGBTQ and only 39.36% belong to the said community.

However, when asked if they have friends or family members who are part of LGBTQ, 47.81% said Yes. Considering that society has been more aware now about this matter, it seems their count is still not that huge.

The Severity of LGBTQ Discrimination

In relation to this, so much progress has been made relatively quickly in recent years. Respondents were asked how severe is the discrimination against LGBTQ in their country.

Surprisingly, the majority responded the discrimination is “not at all” severe with a very small significant difference on those who answered “somehow”. Only over 84,000 out of 465,000 respondents said that LGBTQ discrimination is extremely severe in their country which is actually a good indication that our era has been more welcoming to LGBTQ.

The Reasons Behind LGBTQ Discrimination

There are several reasons when we talk about this unending occurrence of LGBTQ discrimination. 28.17% agree that the difference in cultural values is the reason for LGBTQ discrimination. Some of them also said it is because of social stereotyping, but the other significant reason is obviously religion.

Along with this, the World Health Organization already reclassified “gender incongruence” so transgender people would no longer be deemed mentally ill. Additionally, in September 2019, India’s Supreme Court unanimously decriminalized gay sex and ruled that gay Indians be given all the protections of the country’s constitution. In 29 countries, same-sex marriage has also become legal now.

Also, by encouraging participation in private events as Queer Culture Festival, 12.09% of the respondents believe that this can help lessen the discrimination against the LGBTQ community.

In conclusion, nowadays, a significant number of people have become more aware of the LGBTQ community. Overall, the majority think that the difference in cultural beliefs and religion are the main reasons for this existing discrimination.