63.96% Consider Purchasing LG Smartphones Even After Hearing About its Closure 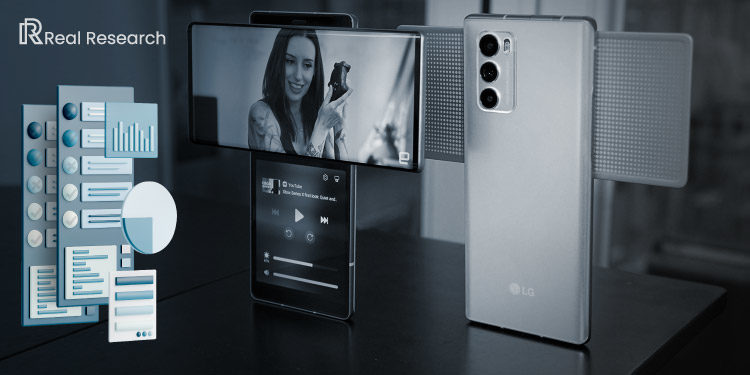 LG said it will close its mobile phone business worldwide. The once pioneer brand looks to focus its resources on growth areas such as electric vehicle components, connected devices, smart homes, robotics, and more.
LG, which maintained the No. 3 spot in the smartphone market in the U.S. for a long time, said it will continue to sell handsets until the inventory lasts. More so, it will provide software support for the existing lineup of smartphones for a certain period of time, varying by region.

Real Research online survey application conducted a survey to acquire public opinion on LG Smartphone business closure. Remarkably, more than half of the respondents 63.96%, expressed that they will still buy the current LG range phones. Additionally, the majority of respondents 17.40% regarded Huawei as their favorite smartphone brand compared to Samsung, Apple, and other brands.

Respondents from the Real Research survey chose Huawei 17.40%, as their most favorite smartphone brand. Samsung followed with a slight margin from Huawei of 16.13%. Next, after Samsung is Apple with 15.27%. Also to note, Xiaomi mobiles came fourth with 11.94%.

Some may wonder why the company is shutting down and why did LG fail? LG smartphone business has withdrawn from the market due to losses experienced over the past years. More so, why did LG fail can be pointed towards software and hardware mishaps which affected the company’s smartphone functions.

Additionally, 4.37% of the respondents expressed that this will lead to a few smartphone companies monopolizing the market.

However, on the other side, 8.20% say LG shutting down smartphone business will not affect consumers. Lastly, 6.89% responded with ‘others’.

63.19% Will Purchase LG Smartphones Even After its Closure

Are LG phones worth buying even after hearing about its closure? Amazingly LG seems to have a huge number of fans regardless of its business being closed. When asked if they are likely to buy an LG smartphone after its business closure, 63.19% answered yes.

On the other side of the question is 36.04% who noted that they would not consider buying LG’s current range of smartphones.

For the respondent who said yes they would consider getting an LG smartphone, why are LG phones worth buying? Here are the responses to why they said ‘yes’.

Reasons why Some Respondents will not Purchase LG phones

Real Research Survey further went on to ask the reasons why other respondents answered ‘no’ to getting LG phones after the announcement of LG shutting down smartphone business.

28.54% answered that they prefer other smartphone functionalities. Following that, 27.10% noted that they are worried about the after-sales services. 21.30% said ‘no’ because of the relatively high prices, and 14.57% said they are not familiar with LG branded smartphones.

Huawei Tops Again as the Most Preferred Smartphone Device

In conclusion, the Real Research survey has revealed that users are still fascinated by LG phones even after LG shutting down its smartphone business. Over 60% consider buying the LG smartphone even after hearing about the closure. Huawei walks away with the trophy of being the most favorite and the most preferred smartphone among other brands.