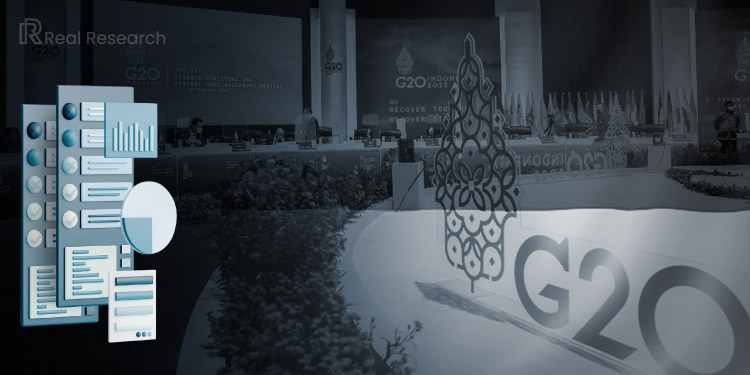 The 2022 G20 Bali summit is the upcoming 17th meeting of G20, scheduled to take palace in Bali, Indonesia between November 15 – 16, 2022. This summit would discuss and resolve the global economic, financial, and environmental crisis. Several other international and regional organizations will participate, giving the forum broader representation.

Moreover, the following survey asked what other issues should be discussed at the G20 Summit in Indonesia. 34.81% said that global warming and climate change should be addressed, 15.78% said global healthcare and widespread diseases, 14.80% stated world hunger, and 11.95% stated world poverty.

Given current tensions between the Western regions and the China-Russia duo and the leaders reportedly attending the summit, there have been concerns about possible conflicts. To this, 36.97% of respondents said the summit would go exceptionally well despite the conflict between the regions. 18.15% said they feel somewhat well, 29.30% reported being neutral, and 15.58% said not very well.

How Likely Will G20 Succeed in Finding Solutions?

The following survey asks, ‘in your opinion, how likely will the G20 Summit in Indonesia to succeed in finding solutions to the current global economic crisis?’ The report shows that 33.67% say it is highly likely that the summit will succeed despite the current global economic crisis. 17% say it is likely to succeed, 28.12% were unsure, 11.21% reported unlikely, and 10% highly unlikely.

Moreover, would it hinder the possibility of resolving said global crisis despite the Russia-Ukraine conflict, China, and the US? According to the survey, 37.25% answered highly likely, 18.69% responded somewhat likely, 13.32% said rather unlikely, 10.92% said highly unlikely, and 19.82% were uncertain.

Ultimately, the survey asked what measures the G20 should implement to combat issues of global financial and economic crisis; 33.71% of surveyees answered that G7 (Group Seven) should form a global recovery fund, 11.90% on resolve geopolitical tension, 8.87% chose to implement alternatives to fossil fuels and 6.66% to promote you development programs.