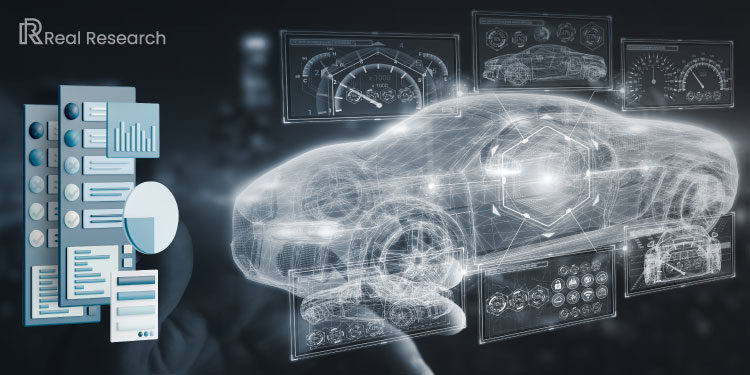 Autonomous cars appear to be the new frontier in the automobile industry. Despite the rising economy of this new class of vehicles, there remains to be barriers which may take time before they are torn down.

At the moment, there seem to be a number of issues that need to be addressed, both by car manufacturers and the people themselves. Would people be willing to let go of the steering wheel, possibly for good? Would they trust technology enough to take them to their destination, safe and sound? These are just a tip of the iceberg.

Real Research conducted a survey to determine the public’s perception of self-driving cars — the technologies that make it possible, and on when they will become available in the streets. The survey touched many topics, including the use of blockchain for personal information storage, Artificial Intelligence (AI) use, and mass adoption of autonomous cars.

Below are some key survey results which reflect the public’s awareness, as well as perception regarding autonomous vehicles in light of trust.

A staggering 40.8% of the survey respondents admitted that they are very poorly informed about the different levels of self-driving cars. Granted, they may have been aware about this brand new class of vehicles, but they have yet to learn about how autonomous these are.

When asked about whether they would feel safe as a passenger in a full-autonomous vehicle, most of the respondents said that they are “safe”, which is quite befuddling given that most people have never experienced riding an autonomous vehicle before. Also, they admitted to not knowing about the different levels of autonomous cars.

This also occurs in the next questions regarding the other levels of autonomous cars.

Similar to Figure 2, many respondents said they feel safe when riding a mostly autonomous vehicle. This may appear like a “safe” response to a question that they are not sure about. However, this is further evidence that supports the precision of the results in Figure 1.

These results are staggering despite the fact that most of the survey respondents were male. More often than not, many social groups related to automobiles have more males than females. As such, the survey expected more of its respondents to be more knowledgeable about autonomous cars.

Human Intervention in the Operation of a Self-Driving Vehicle

Self-driving cars can have different levels of autonomy. Some may have full autonomy, while others can only be mostly autonomous. Yet, at least 39.5% agreed that the driver must always be able to intervene in the operation of a self-driving car.

Meanwhile, at least 9.5% of the respondents admitted to their lack of knowledge regarding the issue presented.

When asked about whether they would feel confident and safe traveling in an autonomous vehicle with zero drive input, the respondents seem to have polarized into two almost-equal camps. Those who said they feel safe and very safe are 16.9% and 34.9%, respectively. When added, these respondents amounted to 25,911 — half of the total respondents.

Nevertheless, the number of those who said they are unlikely and strongly unlikely to entrust their personal data to self-driving cars cannot be taken lightly as well. When added, the figure amounts to 18,997, which is almost 40% of the total number of survey respondents.

Interestingly, when asked about whether they would feel safer if their personal data are stored by employing blockchain and other security innovations, a majority of the respondents answered positively. 33.6% answered “Yes”, while 24.3% answered, “Somewhat yes”.

This may be because blockchain has somewhat established its reputation as an immutable storage of information. Due to its decentralized nature and transparency, many people are inclined to trust it. In fact, blockchain is now being used in many industries today.

Meanwhile, those who reluctantly said they wouldn’t feel safe regardless amounted to 22.8%, while those who flatly chose “No” are 12.7% of the total number of respondents.

The World’s Readiness for Autonomous Cars

Finally, when asked about how many years it would take for self-driving cars to be common in the streets, an overwhelming majority of the respondents said that we’re not ready about it yet. In fact, only 11.7% believe that we can see this new class of vehicles in abundance in 5 years or less. Also, only 18.2% of the respondents think that we may see this happen after 5 years.

Interestingly, 24.1% of the respondents think that we may see a lot of autonomous cars in the streets after 10 years. Also, 23.1% believe it would take at least 20 years for this to happen.

Nevertheless, 23% think that we will not see this happen anytime soon.