75.95% Struggle With Citibank’s Exit From 14 Countries 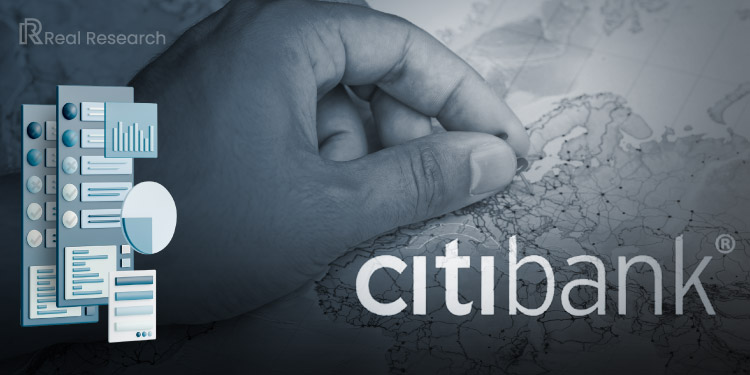 75.95% Struggle With Citibank’s Exit From 14 Countries

Citibank is an international bank with a rich reputation and history dating back to the early 1800s. No doubt, the bank has certainly contributed to the global economy. At the time of writing, Citibank has 2,649 branches in 19 countries – 723 branches in the U.S. and 1,494 branches in Mexico.

However, recently Citibank consumer banking has announced its closure of operations in 14 countries. Instead, Citibank aims to focus efforts on four hubs in Singapore, Hong Kong, the UAE, and London. As a result, Real Research launched a survey on Citibank’s exit from those 14 countries. Here are the results.

A Majority of Respondents Have Used Citibank

The survey asked respondents whether Citibank was available in their country of residence. A significant 81.65% responded with ‘yes’, with only 8.96% and 9.39% responding ‘unsure’ and ‘no’ respectively.

The survey then asks respondents if they’ve ever used Citibank’s services. Most respondents (81.89%) answered ‘yes’ while only 18.11% responded with ‘no’.

In relation, the survey asks respondents whether they were currently active customers of Citibank. To which 88.47% of respondents answered with ‘yes’, with only 11.53% answering ‘no’.

Over Half the Respondents Use Citibank for Personal Savings

In regards to Citibank closing consumer business in 14 countries, the survey asks respondents whether they were residents of the 14. Australia and India brought the most results with 41.25% and 23.23%, respectively. The remaining 24.48% chose the other 12 countries with less than 6% belonging to each.

The survey asks hypothetically whether respondents would continue using Citibank if they didn’t close operations in the 14 countries. In response,  ‘highly likely’, ‘neutral’, and ‘somewhat likely’ were the most chosen answers with 31.66%, 29.76%, and 18.71%, respectively. Meanwhile, 13.10% have ‘never thought about it’ and 6.78% responded with ‘unlikely’.

Carrying forth, the survey followed up a personalized version of the previous question by asking users about their purpose in using Citibank. More than half (54.70%) chose ‘personal savings’ and 12.37% chose ‘salary account’. The rest of the options – ‘business account’, ‘wealth management’, ‘international transactions’, ‘loans’, ‘Citi cards’, and ‘other’ garnered less than 10% each.

51.55% of Respondents Are Loyal Citibank Customers

The survey asks respondents which benefit they enjoyed most from Citibank. In answer, more than half (50.97%) chose Citigroup’s reputation and long history. Meanwhile, 16.12% chose the number of credit card options and benefits from Citibank. ‘Many ATM branches’ and ‘low interest rates’ both garnered less than 10% each. Finally, ‘redeem reward points’, ‘no minimum deposits’, ‘Citi card digital wallet registration’, ‘22 local currency withdrawals’, and ‘airline miles’ all garnered less than 5% each.

The survey followed up with another personalized version of the previous question by asking users about their reasons for using Citibank. More than half (51.55%) say they were loyal customers. Meanwhile, 12.50% and 11.88% chose ‘memorable bank account number’ and ‘branches/ATMs near my home’, respectively. Likewise, ‘convenience’ and ‘to avail Citi cards’ both garnered less than 10% each. Finally, ‘no foreign transaction fees’ and ‘can’t be bothered to change the bank’ both garnered less than 5% each.

Finally, the survey asks respondents whether they were struggling with Citibank to exit its consumer banking operations. Most respondents (75.95%) say ‘yes’. Only 21.38% say ‘no’ while 2.66% will still have an active Citibank in their country.