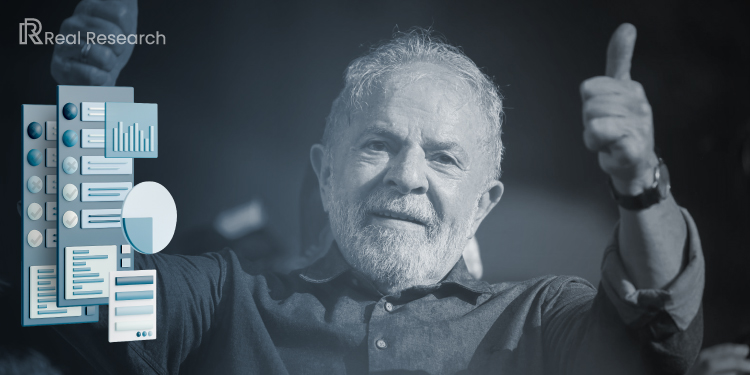 On October 2, 2022, Luiz Inácio Lula da Silva won the election to become the next president of Brazil in a comeback after nearly twelve years. He won 50.9% of the votes, beating retired army officer Jair Bolsonaro.

Lula da Silva began his political career in 1980 when a group of academics, intellectuals, and union leaders, including Lula, founded the Partido dos Trabalhadores (PT), also known as the Worker’s Party.

After contending and losing in various presidential elections in 1989, 1994, and 1998, Lula eventually won his first presidential election in 2002 against Jose Serra with at least 61.27% of the votes. His “landslide victory” proved him the first leftist elected to office.

After nearly 12 years, Lula stated he would run for president in 2022 and eventually won. When asked about this in a survey conducted by Real Research, 86.34% were aware of this, and 13.67% were not.

Will Lula Uphold his Pledges?

Lula da Silva winning Brazil’s Presidential election in 2022 was a testament to the survey polls respondents on whether they feel Lula will uphold his pledges and promises. 39.55% say he highly likely will, 22.81% say he somewhat will, and 4.49% say he unlikely will uphold his promises.

As a trade unionist and a former metalworker, Lula and the Worker’s Party was a progressive left-wing party with visionary ideas midst the government. Brazil saw several “crucial” developments under Lula’s leadership in 2002, including raised incomes for more than 29 million Brazilians (22.14%).

Lula’s administration was plagued by several scandals involving corruption, money laundering, etc. In 2018 he was convicted of taking bribes for various public contracts and spent a year and a half behind bars.

Accordingly, the survey asked for respondents’ opinions about the implicated corruption schemes. 53.75% feel the schemes were true, and 17.75% however, feel they are untrue. 28.51% are unsure of the charges.

In 2021, the Supreme Court overturned Lula’s conviction, saying his right to a fair trial was compromised. It was after this that Lula ran for re-election against Bolsonaro. The survey on Lula da Silva winning Brazil’s Presidential election indicated that over half of the respondents (51.84%) were satisfied with the re-election, 16.85% were somewhat satisfied, and 2.22% were unsatisfied.

Accordingly, the survey asks about public opinion on Lula da Silva winning Brazil’s Presidential election. To this, nearly 4 out of 10 felt they were very fair (38.75%), and 32.18% said they were somewhat fair. 19.65%, however, felt Lula’s victory was somewhat unfair, and 9.43% felt it was very unfair.