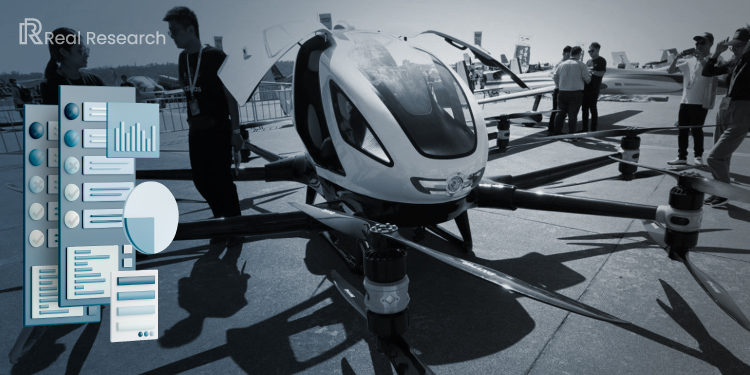 Drone Taxi Service is Popularly referred to as “flying cars”, it is basically electric helicopters, not cars that will be driven on roads and then also flown.

Popularly referred to as “flying cars”, drone taxi service is basically electric helicopters, not cars that will be driven on roads and then also flown. Certainly, these lightweight vehicles could potentially be used to transport people between skyscraper rooftops.

With the recent news regarding the first pop-up urban airport which will showcase the “flying cars” and drones to be opened in Coventry, the government shows support for programs that tackle road congestion and pollution in our world today.

Stuck in traffic? The future might include a scenario where you can hail an autonomous drone with your phone app. That is to say, you have it pick you up at a designated landing pad nearby before delivering you to a similar pad near your destination.  As a result, start-ups and major brands are developing these, including Boeing, Hyundai, Airbus, Toyota, and Uber.

From the total responses, our survey found that 65.74% are aware of the drone taxi while only 34.26% are not aware of it. Surprisingly, the majority of the respondents are already aware of drone taxis.

Just to give an idea about this drone taxi, to people who are not yet aware of it. The idea of this new way of transportation is to demonstrate how future air taxis and cargo drones will integrate with infrastructure that can be installed at multiple points around a city. Furthermore, it provides space for charging, landing, and taking off.

With Uber’s leadership position in ridesharing and urban mobility, and with Hyundai’s expertise in vehicle manufacturing, the pair could have what it takes to get the market in urban air mobility moving. The good news is that a lot of drone taxi companies have actually shown interest and manufactured the same.

When asked which drone taxi companies they have heard of, 33.49% answered they know Hover. Hover is the name of the Moscow-based company, as well as the name of one of its products, is the air taxi. A group of engineers actually first started on this project in 2016. The company has now reached a stage where it’s releasing videos showing short manned tests.

Moreover, with 9.63%, the Boeing Passenger Air Vehicle (PAV) goes third on the list. Boeing PAV is an American autonomous personal air vehicle prototype. Developed by the Boeing NeXt division of Boeing with the assistance of Aurora Flight Sciences.

Next is the Bell Nexus with 7.68% familiarity with the respondents. This is a hybrid-electric Vertical Take-Off and Landing (VTOL) vehicle aimed at on-demand Urban Air Mobility. The unveiling of the Bell Nexus hybrid-electric VTOL aircraft took place on Jan. 7, 2019. The Nexus aims to convert from helicopter mode to airplane mode.

Notably, people are already welcoming the idea of drone taxi. Over 30% feel very safe. 23.84% said they will feel somewhat safe but this is still a good indicator. Additionally, when combined almost 55% of the respondents are indeed loving the idea of a drone taxi.

Meanwhile, 28.61% responded ‘neutral’ on this topic. 10.40% said they feel somewhat unsafe. Similarly, 6.67% believe it is very unsafe. Now that technology has indeed developed and continues to innovate and surprise humanity, we can maybe experience them soon.

Advantages and Disadvantages of Drone Taxi

For sure, there are a lot of advantages to drone taxi service. When asked about the advantages of drone taxis, almost 34% believe drone taxis will ease the traffic on city roads. More than that, 23.76% agree that having drone taxis can allow us to travel quickly within the city.

Additionally, almost 10% believe that drone taxis can revolutionize the transportation industry. Some people also agree that having this kind of transportation can reduce air pollution with zero carbon emissions.

Now, let’s go to the possible disadvantages of drone taxi service. First is obviously the possible technical failures. They could put the passengers at risk. 28% also think that this could be really expensive.

Implementation of Drone Taxis in The Future

A lot of companies are already manufacturing drone taxis. Moreover,  they keep on developing their products. The question now is, are drone taxis getting closer?

Can drone taxi services be implemented in the next five to ten years? The majority agree that is indeed likely to happen. Interestingly, results show a combined percentage of over 60% to those who answered ‘very likely’ and ‘somewhat likely’. This means people are really looking forward to this major transportation evolution.

Most importantly, we cannot expect everybody to think the same way. Notably, 7.88% note that they somewhat don’t see drone taxis being implemented in the next five to ten years. Lastly, 6.33% totally think that it cannot be implemented soon.  To sum up, let’s see more in the near future on what will happen to this development.